Inspirations and Intersections Around the World 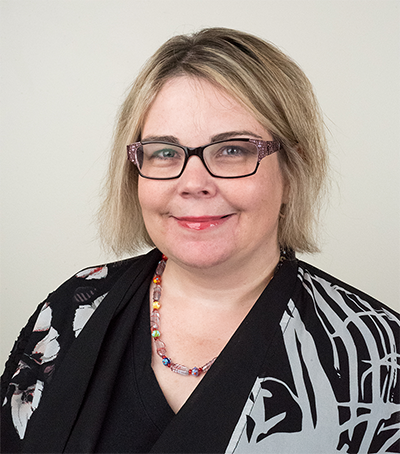 At the start of Atla’s new fiscal year, I would like to offer a list of meaningful news articles and projects that inspired me over the past year related to libraries, archives, religion, and digital humanities. I also welcome your suggestions on what news and projects have recently inspired and motivated you in your work.

The Public Scholars Project is a joint initiative of the American Academy of Religion (www.aarweb.org)  and the Religious Freedom Center of the Freedom Forum Institute. Through seminars and other resources, the Public Scholars Project equips scholars of religion to effectively communicate in the public sphere and foster religious literacy.  They offer a free archived and upcoming monthly webinars on such topics as Religious Studies and Pop Culture, Religious Studies and Hospitals, and Religious Studies, Native Americans, and the Free Exercise of Religion.

During the war, Earlham College worked in partnership with the American Friends Service Committee to enroll twenty-four students — five of whom graduated. More than 110,000 Japanese Americans living in the western interior of the United States were forcibly relocated by the United States government following the Japanese attack on Pearl Harbor in 1941 and other tensions resulting from the global conflict. Many Americans of Japanese descent lost their jobs, businesses, and property as a result of government policy. Earlham was one of only a handful of colleges and universities in the U.S. who agreed to enroll Japanese American students during the war.

Online Access to One of the World’s Oldest Buddhist Manuscripts

The Library of Congress has restored and made available online the Gandhara Scroll, a manuscript dating back to around the first century B.C., that offers insight into early Buddhist history. The scroll is one of the world’s oldest Buddhist manuscripts.

Can you build a model to transcribe ancient Japanese manuscripts into modern Japanese, and help unlock a billion historical documents? What was the weather like 500 years ago? What happened when Mt. Fuji erupted? How can one fold 100 cranes using only one piece of paper? The answers to these questions are in those books. Japan has millions of books and over a billion historical documents such as personal letters or diaries preserved nationwide. Most of them cannot be read by the majority of Japanese people living today because they were written in “Kuzushiji,” an older cursive writing style. They are crowdsourcing help from machine learning experts.

How can you get involved? Join our sponsored-event at AAR/SBL this November.

This major initiative of the AAR/SBL’s Women’s Caucus is planning to add 1000 Women biographies in religion, theology, and wisdom traditions to Wikipedia,  where only 17.49% of the entries are about women. Atla is proud to be a sponsor and supporter of this initiative, and some members and friends of Atla are actively involved.

The EAP254 Project Digitized Manuscripts Held by the Library of Romanat Qeddus Mika’el in Tigray, Ethiopia

This project aims to digitize the library in the church Romanat Qeddus Mikael Dabre Mehret, Enderta. The library possesses around seventy codices and includes several valuable manuscripts of high quality, some of them with illuminations and valuable marginalia. The collection builds an indigenous and integral local documentary archive in a region important for the history of Ethiopia.

What does religion in the United States sound like? This question animates the American Religious Sounds Project (ARSP) which aims to offer new resources for documenting and interpreting the diversity of American religious life by attending to its varied sonic cultures. To date, the Project has centered on: (1) the construction of a unique sonic archive, documenting the diversity of everyday religious life through newly produced field recordings, interviews, oral histories, and related materials; and (2) the development of a digital platform and website, which draws on materials in our archive to engage users.

The small collection is the first Arabic-language public library in Berlin and, according to its founders, the first-of-its-kind Arabic-language literary and cultural center in the German capital, which is now home to tens of thousands of Syrian refugees.

Let’s Get Radical – Together

Knowledge, Skills, and Abilities Needed: Is It Time to Define Core Competencies for Theological Librarianship?

What are the skills, knowledge, and abilities required for theological and religious studies librarianship? Executive Director Brenda Bailey-Hainer discusses core competencies in this month's column.