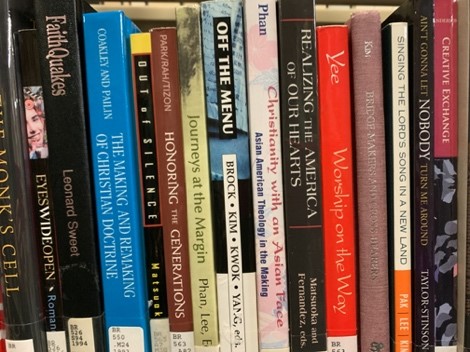 APAHM celebrates the cultural heritage and contributions of people of Asian and Pacific Islands ancestry in the United States. In Canada, where I live, Asian Heritage Month is also celebrated in May. According to the US Census Bureau, there are about 22.2 million people of Asian American, Native Hawaiian, and other Pacific Islander heritage in the United States. Chinese, Asian Indian, Filipino, Vietnamese, Korean, and Japanese populations exceed one million, as shown below. 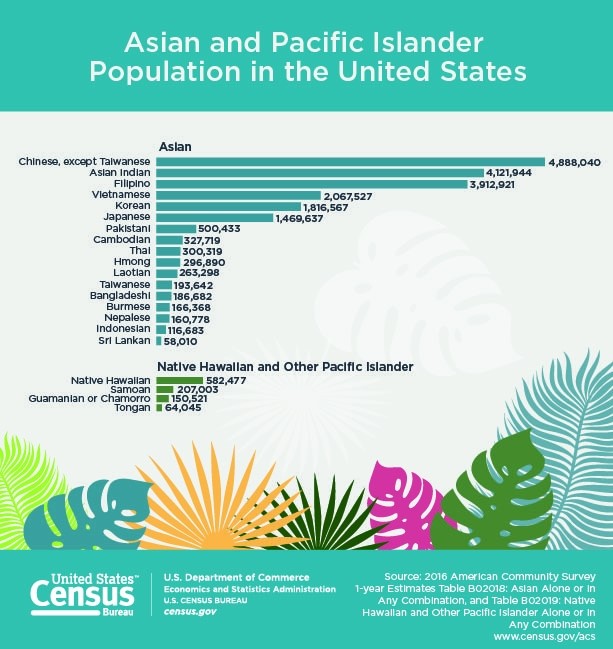 According to a Pew Research report, Asian Americans are the fastest-growing immigrant group in the United States, with a 72% increase between 2000 and 2015 (from 11.9 million to 20.4 million), and a higher ratio of foreign-born individuals than other immigrant groups. Asian Americans have been often portrayed as entrepreneurial, hardworking, and economically successful through the media. However, Asian Americans have also been often subjected to injustices and perceived as perpetual “others.” These experiences include historical discrimination (Asian Exclusion ACT and Japanese Internment Camps during the Second World War in the United States and Canada) and the perpetual foreigner stereotype, as well as the model minority myth.

Probably what characterizes Asian American and Pacific Islanders (AAPI) is their rich diversity. Asia and the Pacific stretch over the vast geography of landmasses and islands. This region has produced several world religions, including Buddhism, Confucianism, Hinduism, Jainism, Shinto, Sikhism, Taoism, and Zoroastrianism. In addition, there are hundreds of languages spoken by numerous people groups in this region.

According to ATS, Asian student enrollment represents 8.4% of ATS schools’ student body, almost twice its population share of 4.8 % of the US population in 2010. Approximately, 80% of these students attend evangelical seminaries, 12% mainline, and 8% Catholic seminaries. For faculty, ATS data tables show that Asian and Pacific Islanders (234) represent 0.7 percent of the total full-time faculty at ATS institutions (3,181) in 2017. Some seminaries offer ministry programs to meet unique needs of AAPI churches in English as well as Asian languages.

There has been a steady stream of publication from Asian American theologians articulating theology from unique Asian American experiences and perspectives. APAHM is a good opportunity for librarians to explore and promote a piece of the rich Mosaic called Asian American and Pacific Islanders in their institutions and library collections.

This article is part of the Atla Committee for Diversity, Equity, & Inclusion’s semi-regular articles designed to provide theological and religious studies librarians with resources and advice for providing equitable access and research to the full spectrum of human diversity.

This year's Black History Month theme is African Americans and the Vote. Atla's DEI Committee discusses voter suppression and our role in countering it.