Atla Board Announces Next Executive Director

Association News From the President

As I stated in the press release, John comes to Atla with extensive experience in scholarly communication in religious studies and theology as well as nonprofit organizations, and a proven ability to launch new initiatives and deliver value to members. John shared he is honored and thrilled to be joining the dedicated Atla staff who serve members, libraries, educators, students, and researchers worldwide in the study of religion and theology. To learn more, I encourage you to read the full press release.

Get to Know John F. Kutsko 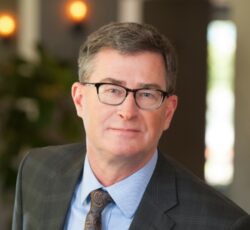 John F. Kutsko received a PhD in Near Eastern Languages and Civilizations from Harvard University and an MA from the Department of Near Eastern Studies at the University of Michigan.

Kutsko served from 2010 through 2022 as Executive Director of the Society of Biblical Literature (SBL), the oldest and largest learned society that fosters the critical study of the Bible from a variety of academic disciplines. There he led the consultation that formed the International Qur’anic Studies Association (IQSA)—the first learned society for scholars of the Qur’an—oversaw the launch of Bible Odyssey, developed the concept for and launched SBL Central, and directed the updated edition of the New Revised Standard Version (NRSVue). While at SBL, he served as Chair of the Executive Committee of the Council of Executive Officers at the American Council of Learned Societies (ACLS), and on the advisory boards of the Religious Freedom Center of the Freedom Forum Institute and the Georgia 3Rs Project (Rights, Responsibility, Respect).

Prior to SBL, Kutsko was an associate publisher at Abingdon Press/United Methodist Publishing House and has worked in academic publishing for more than two decades. In 2008 the Fund for Theological Education (now the Forum for Theological Exploration) recognized him for his “commitment to the mission of FTE and to the cause of excellence and diversity in ministry and teaching.”

Kutsko is contributing editor of The SBL Handbook of Style (1999), director of the revised edition of the Handbook (2014), author of Between Heaven and Earth: Divine Presence and Absence in the Book of Ezekiel (2000), and coeditor of The King James Version at 400 (2013). Among the articles he has written are “Compromise as a Biblical Value” in The Bible in Political Debate (2016) and “The Curious Case of the Christian Bible and the U.S. Constitution: Challenges for Educators Teaching the Bible in a Multi-Religious Context” in The Bible in American Life (2017).

I would like to commend Kris Veldheer for her leadership as chair of the Executive Director search committee and thank all search committee members for their contributions. In addition to Kris and myself, members of the search committee included: Rick Burke, Jim Butler, Susan Ebertz, Carrie Hackney, and Stephen Sweeney. I also want to thank the Atla members and staff who participated in the listening sessions with Isaacson, Miller. The results of those sessions provided valuable input into the process.

Atla Board of Directors

A Note From Atla’s Incoming President

I am writing my first post to the community as your newly elected Board president following another great conference, in…
Post

Atla Board President Christina Torbert finishes her last letter and encourages members and staff to focus on the mission of Atla during times of transition.