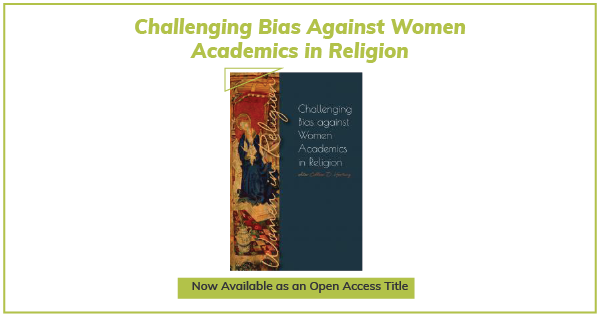 Volume two of the Women in Religion series, Challenging Bias Against Women Academics in Religion, presents the biographies of women who study, research, and teach about the world’s religious and spiritual traditions. This volume, edited by Colleen D. Hartung with contributions from several religion and theology scholars and researchers, addresses the question of why so many women academics, who are themselves producers of secondary sources, are absent as biographical subjects in secondary literature generally and on digital knowledge platforms specifically. Authors variously challenge the exclusionary assumptions that underlie systemic bias in the production of secondary and tertiary sources about women.

This volume spotlights biographies about women who have made significant contributions to the study of religion and wisdom traditions but are under-covered in secondary and tertiary sources because of systemic bias. It considers and challenges the exclusionary norms, practices, policies, and guidelines that underlie this bias in academia and in the production of secondary and tertiary sources about women. This critical engagement disrupts sourcing and writing conventions pertaining to issues of notability, conflict of interest, neutral point of view, verifiability and reliability, and citational guidelines creating the opportunity for more expansive and inclusive biographical narratives about women.

It considers and challenges the exclusionary norms, practices, policies, and guidelines that underlie this bias in academia and in the production of secondary and tertiary sources about women.

Atla Open Press’s Women in Religion series, from the “1000 Women in Religion” project of the Women’s Caucus of the American Academy of Religion and the Society of Biblical Literature, presents biographies of cis and transgender women who are notable as scholars, activists, and practitioners in the world’s religious, spiritual, and wisdom traditions. Each volume in the series rethinks the various and often biased guidelines and principles that govern digital content creation about women. 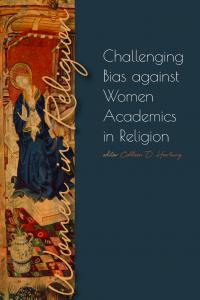 The new volume is available as an open access PDF and EPUB under a CC-BY-NC license and is also available Print-on-Demand from Amazon.

The Women's Alliance for Theology, Ethics, and Religion (WATER) hosted a panel on a Books@Atla Open Press title. View the recording here.
Post