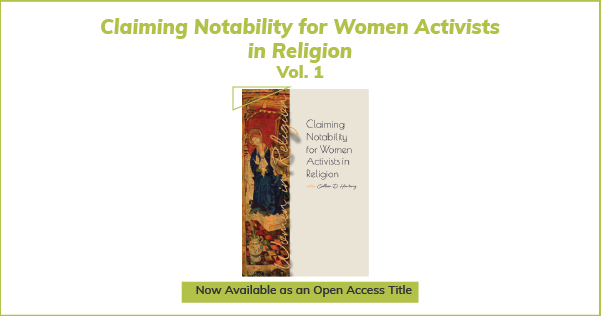 The first volume in a new series has been published by Books@Atla Open Press.

From the “1000 Women in Religion” project of the Women’s Caucus of the American Academy of Religion and the Society of Biblical Literature comes a new open access monograph series: Women in Religion. This series presents biographies of cis and transgender women who are notable as scholars, activists, and practitioners in the world’s religious, spiritual, and wisdom traditions. Each volume in the series will also rethink the various and often biased guidelines and principles that govern digital content creation about women.

Volume one of this series, Claiming Notability for Women Activists in Religion, presents the biographies of women activists who have worked as coalition builders, collaborators, mentors, and facilitators of resistance movements. This volume, edited by Colleen D. Hartung with contributions from several religion and theology scholars and researchers, focuses on the concept of notability, used as a standard for inclusion on the Wikipedia platform. Authors variously challenge and extend this benchmark in their coverage of unrecognized, yet noteworthy women. This critical engagement helps to move the dial on gender bias within the biographical coverage of women.

Responding to calls for increased attention to marginalized voices, this volume spotlights biographies about women whose impact is felt within a particular tradition, or within a local context, rather than at a global scale. It considers issues of gender equity and inclusion in relation to notability standards applied to biographical submissions on platforms like Wikipedia. This is a unique perspective on notability that examines how normative interpretations of this concept contribute to gender bias and how critical engagement can address these biases. 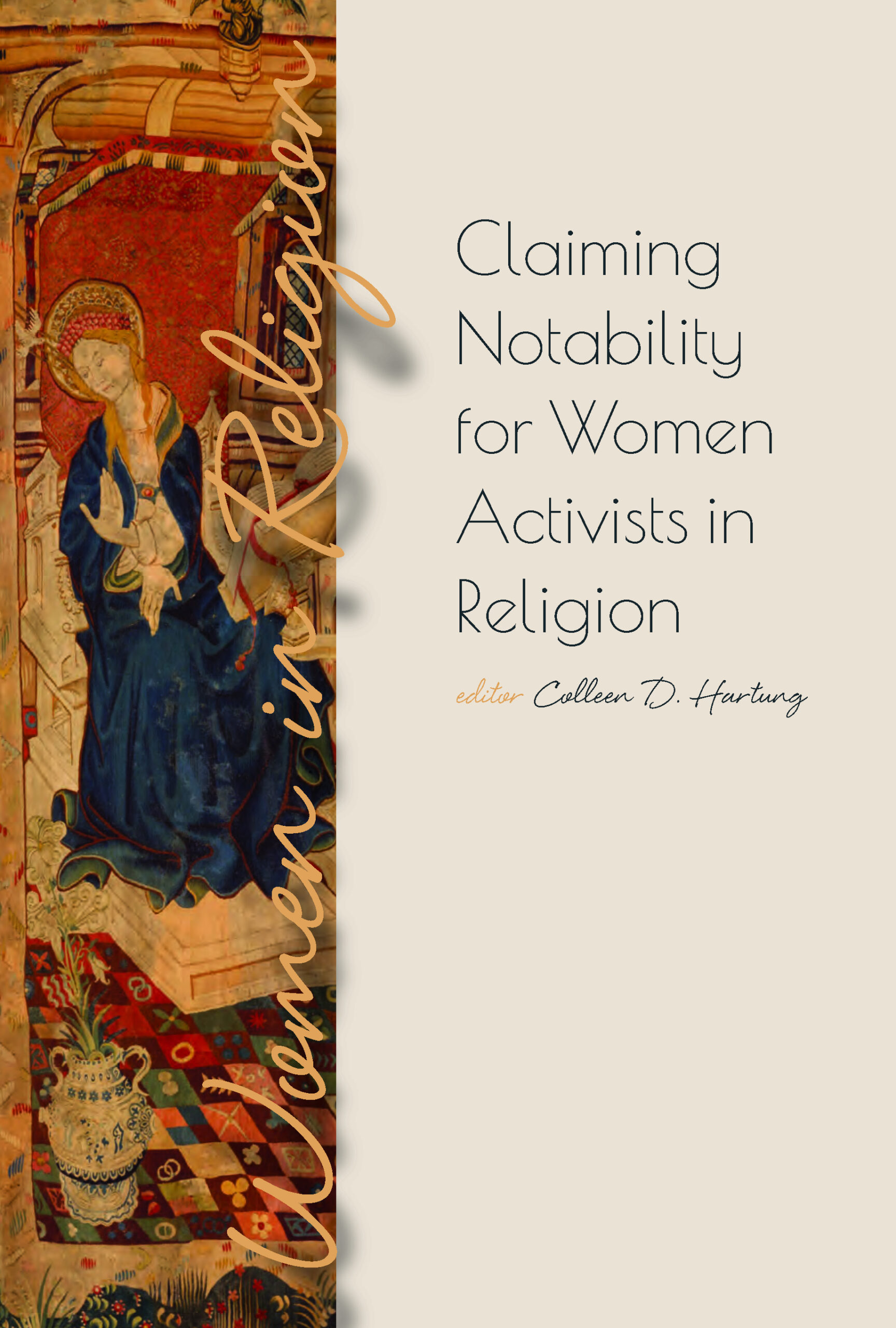 Claiming Notability for Women Activists in Religion is available as an open access EPUB and PDF on the Books@Atla Open Press web site under a CC-BY-NC license. It will also be available as Print on Demand from Amazon.