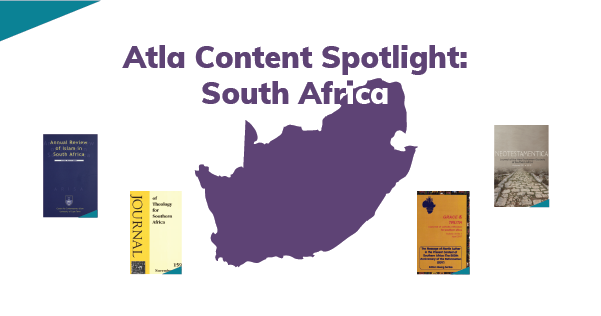 South Africa has long been a center of theological publishing. With twenty-six public universities and a growing number of seminaries, societies, and private theological colleges, it is a global hub for religion scholarship. Over the years, Atla has developed partnerships with many journals based in South Africa. Currently, twenty-five journals from twenty different publishers are indexed in the Atla Religion Database® from places such as the University of Pretoria, AOSIS OpenJournals, and the Association for the Study of Religion in Southern Africa.

The journals cover topics from local issues to global religion scholarship, including exceptional journals in biblical studies, theology, church history, and Islamic Studies. Some journals like In die Skriflig have been in print for decades and joined the Atla Religion Database early on. New journals continue to emerge from South Africa, such as Koers and Verbum et Ecclesia which joined the Atla Religion Database within the past five years. Journals like Hervormde Teologiese Studies, Scriptura, and Studia Historiae Ecclesiasticae are key vehicles for South African scholarship to engage the worldwide scholarly community.

We work on giving you the latest content. So, we make sure we update our products frequently and let you know via title lists. Check them out.

ARIA is an annual journal covering Islam and related topics in all of Africa. Started in 1998, it is the only journal dedicated entirely to the study of Islam in Africa and invites contributors to write about “their impressions on developments in religion, state, foreign affairs, crime, arts, and medicine.”

Found in Atlas PLUS. 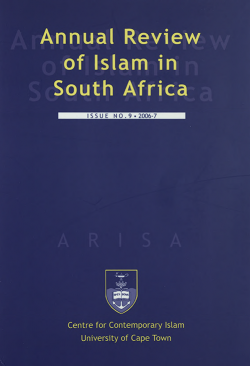 Also published by the CIC at the University of Cape Town, JIS is an annual journal committed to “original research on Islam as culture and civilization.” Established in 1981, JIS has become a leading publication in the field and seeks out interdisciplinary scholarship particularly related to history, religion, politics, culture, and law.

Neotestamentica has been published annually since 1967 and contains articles relating to the New Testament. The journal initially published scholarship exclusively from South African and African scholars. This is still the focus, but it now accepts international submissions as well. The journal is published in English and Afrikaans.

Founded in 1990, Grace & Truth self-describes as “A Journal of Catholic Reflection for Southern Africa” and covers articles relating to regional Catholicism. It publishes three times per year and includes scholarship from St. Joseph’s Theological Institute in Hilton, South Africa.

Found in Atlas PLUS. 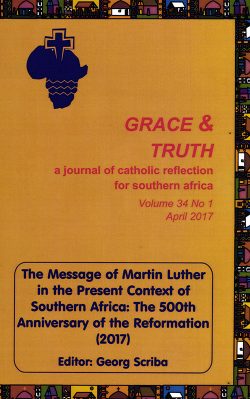 Journal of Theology for Southern Africa (University of KwaZulu-Nata)

JTSA is a prominent and long-running journal that covers current topics relating specifically to religion in southern Africa. It purports to be a “vehicle to promote theological reflection within the social, political and cultural context of southern Africa.” JTSA has consistently published writings from the most prominent theologians in Africa and is committed to supporting emerging theologians from the region as well. JTSA has been in print continuously since 1972 and publishes three times per year.

Atla is excited to announce the journal "Methodist History", a long-running chronicle of the Methodist Church has been added to AtlaSerials PLUS® (Atlas PLUS®).