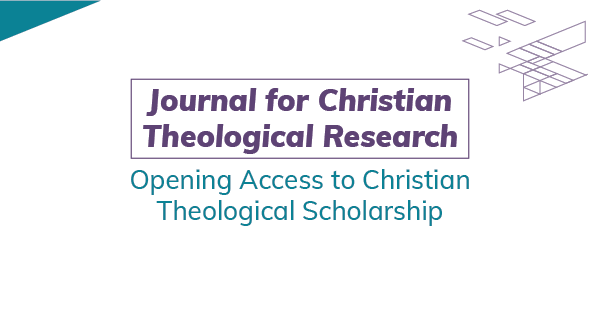 This is part of an ongoing quarterly series highlighting ceased journals that have an enduring scholarly legacy. Learn more about the work Atla is doing to include these titles in our research tools.

In the ’90s, the American Academy of Religion (AAR) received an injection of moxie when Dr. Alan Padgett, a longtime member and participant of AAR, decided to develop a new group under the AAR umbrella. This group, the Christian Theological Research Fellowship, would go on to produce a menu of content, including a book series and a dissertation series, but most distinctly a visionary journal. The Journal for Christian Theological Research (JCTR) was established and created as the first entirely online, completely open access journal of Christian theology that was also indexed and abstracted. With the rise of the internet, Dr. Padgett, along with New Testament Scholar Dr. Keith Reeves and others, had the apt foresight that open access was an inevitable and thus necessary addition to the theological research landscape.

True to form, the first issues of JCTR were manually coded and assembled online using a basic text editor, with the skills of Dr. Keith Reeves, an early whiz at computer-based scholarship on biblical studies. Early on, Azusa Pacific University offered institutional support by buying the JCTR team their first HTML editor, as well as offering the services of their IT and CS departments to provide web page, editorial, and tech support.

During these early years, open access was becoming increasingly popular on a global scale. Internationally, many theological colleges simply did not have the budget to establish and run a print journal, though they maintained a strong desire to share their scholarship with the global academic community. Being an early advocate and adopter of open access, a large number of scholars were interested in working with JCTR from its inception. The infrastructure of the journal, in the most traditional sense, was nearly nonexistent: no publisher relationships, 100% volunteer-run, and no advertising. The goal was to provide world-class scholarship, natively produced and assembled on the internet, that was freely and easily available for theological scholars around the world.

The Christian Theological Research Fellowship was distinctive and intentional in its focus as well. Within the large scope of the American Academy of Religion, CTRF wanted to be explicitly Christian. With their focus set on Christian systematic and moral theology, the founders and members believed that religious faith and intellectual endeavors were completely intertwined. They considered themselves both a religious and an academic organization, constructing and deconstructing Christian ethics and Christian doctrine in order to evaluate and advance the work of Christian theology.

When it came to sourcing content, the approach was just as wide-ranging as the journal’s foundational principles. The JCTR team sought out creative proposals and critical exchanges from a mix of CTRF members, AAR members, and JCTR’s global online readership.

When it came to selecting content, the Editor in Chief would conduct the initial review of submitted content, ensuring all pertinent topics for their scope that year were being discussed and included. Content would then pass to the Associate Editor, who would decide what to send to readers for feedback. Because the journal did not have any institutional or financial constraints, the team was able to include as many good articles that were submitted within the year, while upholding high academic standards. Of course, content always had to be scholarly, respectable, and productive.

True to its nature, JCTR also had a fluid yet intentional publication process. One volume was published per year, with no issue numbers, no set publication calendar, nor any set number of articles to be included in each volume. Anyone looking to cite an article included in a volume of JCTR would simply cite it by the page number of the volume for that year.

Leahy suggested to the JCTR editorial team that they look to be included in Atla’s research tools. It is due to her advocacy that the academic community will continue to benefit from the edgy, noncommercial, and earnest attitude of the Journal for Christian Theological Research.

Published from 1996-2007, the Journal for Christian Theological Research has left an indelible mark on the academic research and publishing landscape. Dr. Alan Padgett, the second and last Editor in Chief of JCTR, the editorial board, and the members for the entire fellowship began to realize over time that as more journals were natively online and open access, the initial allure and distinction of JCTR was gradually fading. This insight was unfortunately later confirmed as the journal lost both submissions and subscriptions. Indeed, in 2007 with only one article making the cut for publication, the entire team decided that the journal had probably made its point.

Luckily, supporters of the journal who firmly believed in its lasting impact to the field remained. One such supporter was Elizabeth Leahy, Professor of Theological Bibliography and Research at Azusa Pacific University. Leahy suggested to the JCTR editorial team that they look to be included in Atla’s research tools. It is due to her advocacy that the academic community will continue to benefit from the edgy, noncommercial, and earnest attitude of the Journal for Christian Theological Research. Its leading-edge work helped prove that an academic journal could be open access and have first-class scholarship. In addition to publishing many articles of enduring scholarly value, the Journal for Christian Theological Research helped prove that open access is a model that can be adopted in global theological education.

All back issues of the Journal for Christian Theological Research are included in AtlaSerials PLUS® (Atlas PLUS®), so that they will remain discoverable by and available to an international readership.

We continue to expand our resources in Islamic studies, including geographic coverage, Islamic traditions, and academic philosophies. View a spotlight list of indexed and full-text titles.