Skip to main content
Close
BlogLost and Found: A Rediscovery of a Syriac Chronicle from the Ninth Century
Toggle font size
Post

Lost and Found: A Rediscovery of a Syriac Chronicle from the Ninth Century 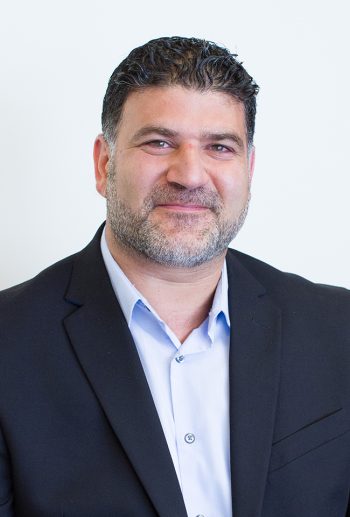 Among the sources that shed light on the history of the Middle East from late antiquity to the Middle Ages are the Syriac Chronicles. These sources not only describe and record what occurred among the Christians, but also help us to understand certain religious and cultural aspects of other religious communities during that period. Some of the Syriac Chronicles survived and were published, and some were lost with no trace apart from a few quotations or extracts here and there. In this short article, I would like to announce a fortunate rediscovery of a Syriac Chronicle from the beginning of the ninth century. It was discovered in 1911, but was lost a few years after that in obscure circumstances; 0nly now do we know just what happened. This Chronicle was edited in 1920 based on a transcription made by its discoverer. I am finalizing another new edition accompanied with an English translation based on the original manuscript, which contains several details and pieces of information that were not detected before. Re-editing the original Syriac text will give the researchers new fresh insight into this historical source.

The story of the particular find that we are about to discuss goes back to the year 1911, when the Syriac orthodox monk Afrem Barṣawm (1887-1957), who later became the patriarch of his church, visited the region of Ṭūrʿabdīn in what is now southeast Turkey and examined the manuscripts that were preserved in its churches and monasteries. Among the manuscripts that Barṣawm examined was one from the ninth century, found in the village of Basibrīnā. This manuscript contained an extensive collection of canons and some historical tracts that were composed between the third and ninth centuries. Because of its extensive content of canonical jurisprudential texts, Barṣawm referred to this manuscript as: “the book of Canons,” “the canons of Basibrīnā,” or “the Collection of Canons of Basibrīnā.”

Barṣawm mentions that two people were involved in the production of this manuscript. It was copied by the monk Severus from the village of Maniʿm, who was the nephew of Bishop David of Ḥarran. The bishop himself made the request that the manuscript be copied. Then, Bishop David of Ḥarran gave the manuscript to the monastery of Qartamīn, “where it was kept most of the time until its loss during the first War World.” Very few parts of its content were published partially or completely by Barṣawm. He described its loss during the first World War by saying: “the loss of this treasure in the World War before obtaining a copy of it is a great scientific loss, and the following is a list of its subjects which we transcribed from it in 1911.”

... the loss of this treasure in the World War before obtaining a copy of it is a great scientific loss, and the following is a list of its subjects which we transcribed from it in 1911.

A Partial Rediscovery of “the Collection of Canons of Basibrīnā”

During my examination of the Syriac manuscripts collection found in the Oriental Institute Museum at the University of Chicago, I came across six old leaves of Syriac parchment with the registration numbers A12001 through A12006. The acquisition of these leaves, together with two other Syriac manuscripts, OIM A11997 and OIM A11999, occurred on July 1, 1928, by the Arabist Martin Sprengling. He purchased them from the same Afrem Barṣawm, who at that time became the Syriac Orthodox archbishop of Syria and Lebanon. From the chronology of Barṣawm’s life, we know that after his journey to Geneva and Lausanne as an apostolic delegate to the World Conference on Faith and Order (August 3-21, 1927), Afrem Barṣawm came as an emissary of the Patriarch to the United States, where he investigated the condition of the Syriac Orthodox Church, consecrated three new churches, and ordained new priests. In the USA, Afrem Barṣawm gave lectures on the Syriac language and literature at Providence University and the University of Chicago, and served at the Oriental Institute of the latter university until his return in 1929. The purchase of the Syriac manuscripts occurred probably while he was visiting Chicago.

The Syriac fragments on parchment found in the Oriental Institute Museum, written in the Syriac script Esṭrangelō in the middle of the ninth century, belonged to the same manuscript. This is based on the size of the leaves, type of the parchment, and the matching physical marks that appear on the leaves, such as the wear, tears, cuts, wrinkling, discoloring, and holes. Also, the contents of this collection of fragments run through more than one leaf. So, part of the text clearly continues from one leaf to another. In addition, the unity of these fragments is based on the same handwriting, ink, Syriac script, and approximate date. Furthermore, the contents of the six leaves are unique and were mentioned by Barṣawm as being found only in the manuscript of the “Canons of Basibrīnā.” The scribal and marginal notes found in the margins of the texts are also the same as those mentioned by Barṣawm. The incomplete fragmentary texts that were transcribed by Barṣawm from the manuscript of “Canons of Basibrīnā” exactly match the remaining parts of the same texts found in the Syriac parchment leaves of the Oriental Institute Museum-University of Chicago.

Among the contents that these leaves comprise, there is a short chronicle of events and notable persons from the birth of Christ to 819 AD, which is also known as the Chronicle of 819 AD. Sebastian Brock described this Chronicle, saying, “A short chronicle, covering from Christ to AD 819, was discovered in 1911 by Ephrem Barsaum (later to become Syrian Orthodox patriarch) in a ninth century manuscript at Basabrina (Tur Abdin). According to a marginal note, the work had been copied by a certain Severus for his uncle David, bishop of Harran (consecrated between 846 and 873). About half of the work is given over to the seventh and eighth centuries (a later hand has added an entry on a drought in 1094/5).” The Chronicle presents historical events in form of short pieces of information, called lemmata. These begin with a year date and state what happened that year. For instance, “In the year 706 (Anno Graecorum), Theodosius the Great died and in the same year Arcadius entered the city of Constantinople, also the Huns crossed over to the territory of the Romans.”

After rediscovering the original manuscript, it is now possible to compare between the manuscript and the transcription of Barṣawm. This comparison shows that there are numerous faint words of script and other details, such as dates, that Barṣawm was not able to read because they were invisible to the naked eye. However, thanks to certain sophisticated tools, I was able to decipher these faint parts of the text and will be including them in my upcoming work, which will include a new edition of the Syriac text accompanied by an English translation.

However, thanks to certain sophisticated tools, I was able to decipher these faint parts of the text and will be including them in my upcoming work, which will include a new edition of the Syriac text accompanied by an English translation.

An Example of Correction

As an example of a faint script which sometimes created confusion in understanding the Syriac text, I would like to present a case of an amendment:

In the lemma on Muhammad, the Prophet of Islam, Barṣawm reads the following:

“In the year 932, Mūḥamaṭ the first king from the Arabs reigned, and he made the first sacrifice and had the Arabs eat them against their custom. From this point, the enumeration of their years begins.”

By re-examining the original Syriac text, we found that Barṣawm erroneously read the Syriac verb of ܐܘܒܠ / awbel, which translates in English as “he led” or “conducted,” as ܐܘܟܠ / awkhel, which translates as “he gave to eat.” The reason of this erroneous reading made by Barṣawm was because a piece of the upper part of the letter ܒ is very faint and invisible to the naked eye, and Barṣawm was confused and mistakenly read the partial fainted letter of ܒ as ܟܝ. The verb of ܐܘܒܠ “he led” fits the context better, so that our understanding is clearer:

“In the year 932, Mūḥamaṭ the first king from the Arabs reigned, and he made the first sacrifice and led the Arabs contrary to their (usual) habit. From this point, the enumeration of their years begins.”

What does theological librarianship sound like? Find out through the Sounding Spirit Digital Library, a digital collection of songbooks and hymnals.