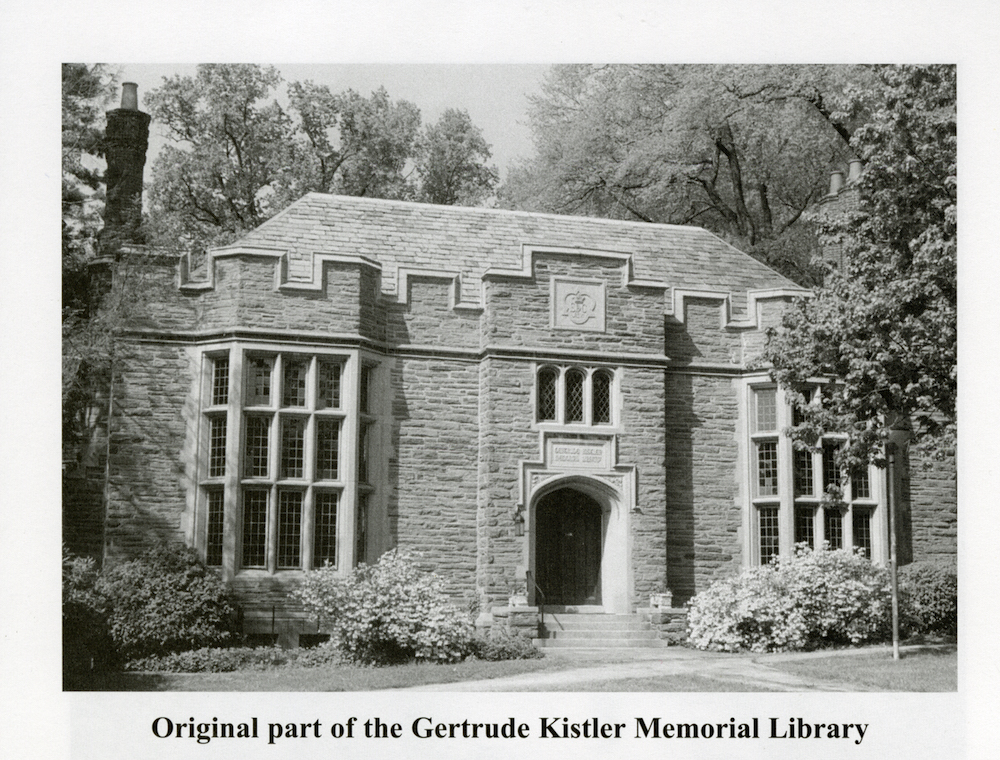 This month, we’d like to introduce a few of our new Institutional Members! Please join us in welcoming the institutions that have joined Atla in recent months.

Founded in 1921 by the Society of the Holy Child Jesus, Rosemont College is located in Rosemont, Pennsylvania, only eleven miles west of Philadelphia. The Gertrude Kistler Memorial Library (pictured above in 1955) was the original academic building on the Rosemont campus and was built in 1926. The Library is named after Gertrude Kistler, daughter of Mr. and Mrs. Sedgwick Kistler, who drowned in 1920 at the age of twelve. When the Library formally opened in 1926, several of her friends were students at the college and held an opening tea in her honor with her favorite flowers on the table. After the Kistlers passed away in 1952, they bequeathed a large portion of their estate to the college, and a new wing of the Library was added in 1954, nearly doubling the space. Today, the Kistler Library is home to nearly 70,000 print volumes as well as the Rosemont College Archives and numerous Special Collections.

Learn more about this institution.

Located in New York City, New York, Nyack College was founded in 1882 by Dr. A.B. Simpson as the Missionary Training Institute and was the first Bible college in North America. At the school’s inception, classes were held at the back of a Broadway stage, but in 1897, the college was able to purchase twenty-eight acres of land in the village of South Nyack, New York. Alliance Theological Seminary, originally known as the Jaffrey School of Missions, was added as a graduate program of the college in 1960. In 1995, Nyack College and Alliance Theological Seminary opened a campus in lower Manhattan, bringing the journey full circle. The Eastman Library is located at the Manhattan campus.

Learn more about this institution.

Please join us in welcoming our new Atla Institutional members! Learn more about these libraries.
Post

Please join us in welcoming our new Atla Institutional members! Learn more about these libraries.