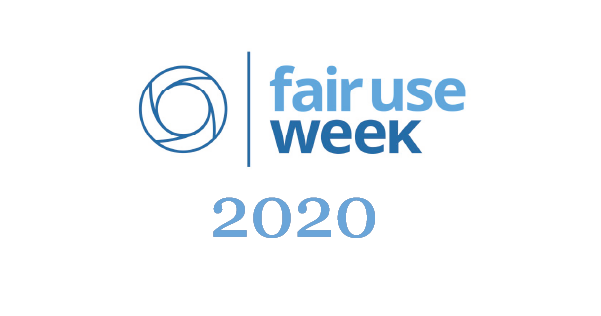 Fair Use Week is here once again. From February 24 to 28, 2020, libraries and other organizations across North America will commemorate the laws of fair use and fair dealing through workshops, events, and blog posts such as this.

When libraries think about fair use cases that impact them, they usually consider the still-going Georgia State University case over electronic course reserves or the Kinko’s course packets case. What libraries may not know, however, is that there are some fair use cases from pop culture that have significantly shaped the interpretation and application of the fair use statute, and these rulings can be instructive in the application of fair use to the work of libraries and the educational institutions they serve, particularly when considering questions of how much of a work can be reasonably used for what purpose and when the proposed use potentially impacts the market for the original work. 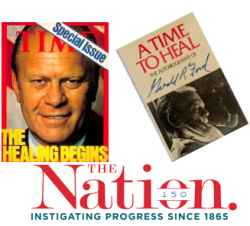 Former President Gerald Ford sold the right to publish his memoirs to Harper & Row Publishers. Time magazine paid Harper & Row for the exclusive right to serialize excerpts of the memoirs before they were published. Before Time began serializing, the Nation magazine obtained an unauthorized copy of the unpublished memoirs and published a 2,250-word article, at least 300-400 words of which constituted verbatim quotes taken from the manuscript. Time magazine canceled its agreement with Harper & Row, who then sued the Nation for copyright infringement.

The Nation’s unauthorized reproduction of excerpts from the unpublished memoirs was not fair use. The U.S. Supreme Court held that the unpublished nature of a work is a key, though not necessarily determinative, factor that tends to negate a fair use defense. Additionally, the Court held that although the excerpts constituted a quantitatively insubstantial portion of the memoirs, they represented “the heart of the book” and were qualitatively substantial in view of their value and their key role in their inclusion in the Nation. Finally, noting that the effect of the use upon the potential market for the copyrighted work was the “single most important element of fair use,” the Court found that the defendant’s use “directly competed for a share of the market.” 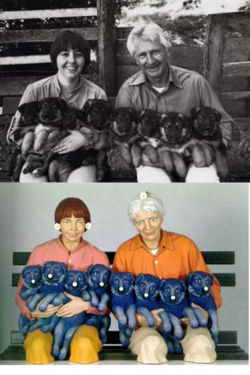 Photographer Art Rogers owned the copyright in a photograph called “Puppies” that he licensed for use on postcards and other printed works. Sculptor Jeff Koons used the photo to create a sculpture, entitled “String of Puppies.” Koons claimed that the purpose of the resulting sculpture was to comment critically on both the original photo and the political and economic system that created it. He displayed “String of Puppies” at a gallery and sold copies to collectors. Rogers brought an action for copyright infringement.

The federal appeals court found no fair use. While Koons’s copying may have been intended as a satirical critique of society, it “was done in bad faith, primarily for profit-making motives, and did not constitute a parody of the original work.” The court further found that Koons copied the entire essence of the photograph and exceeded a permissible level of copying under the fair use doctrine. Additionally, the court concluded that because Koons’s work was primarily commercial in nature, the market for the original photo was harmed. 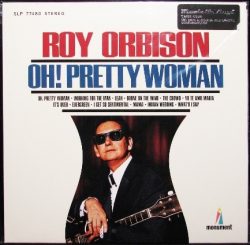 A music publisher, who was co-owner of the Roy Orbison song “Oh, Pretty Woman,” accused the hip-hop band, 2 Live Crew, of infringing on Orbison’s song when they released a parody version titled “Pretty Woman.” The music publisher sued the band for copyright infringement.

The U.S. Supreme Court found that this instance of parody was likely fair use, holding that the purpose of a work is only one element of fair use and even in cases of parody, all the factors of fair use had to be assessed. Fair use is intended to be judged case by case in light of the ends of the copyright law. The Court commented that it is essential for someone doing a parody to be able to quote from existing material and use some of the elements of a prior work to create a new one that comments on the original.

Photographer Andrea Blanch owned the copyright in “Silk Sandals by Gucci,” a photograph taken for the August 2000 issue of Allure magazine. “Silk Sandals” is a close-up of a woman’s lower legs and feet resting on a man’s lap. Artist Jeff Koons once again found himself in copyright trouble after he was commissioned to create a series of works, and in one entitled “Niagara,” he included a rotated image of the legs and feet from the “Silk Sandals” photograph.

The appeals court held that Koons’s use of the photograph constituted fair use. The court deemed his collage transformative because he used the photograph as “raw material” in the furtherance of distinct creative objectives. The court ruled that the creation and exhibition of his painting could not fairly be described as commercial exploitation of the original photograph and that there was insufficient evidence of bad faith on the part of Koons. Additionally, the court found that the amount and substantiality of the copying was reasonable in relation to its purpose and that the painting had no negative impact on the potential market for or value of the photograph.

Singer Don Henley and other songwriters owned copyrights in the songs “The Boys of Summer” and “All She Wants to Do Is Dance.” Charles DeVore, a candidate for the U.S. Senate, and Justin Hart, a member of DeVore’s campaign staff, recorded versions of these songs with some of the lyrics changed to lampoon politicians Barack Obama and Nancy Pelosi (“The Hope of November”) as well as Barbara Boxer (“All She Wants to Do Is Tax”). The candidate and his staff member used the parodies in political videos that were posted to YouTube. Don Henley and the other songwriters, after unsuccessfully trying to get the videos removed from YouTube, filed suit for copyright infringement.

The district court held the repurposing of the songs was not fair use. The court found that the candidate and his staff member used the songs for a commercial purpose to encourage campaign contributions, used an amount of the songs that went “far beyond” what was necessary to create what was alleged to be parody, and used the songs in a way that could potentially diminish the market for Henley and others to license the songs to others for other purposes.

All of the Codes of Best Practice in Fair Use are useful resources for navigating the application of fair use in various contexts, but check out the first one in the series on Fair Use in Online Video.

Have you visited our new Copyright LibGuide yet? There is a whole section on Fair Use that includes resources and tools.

It’s time for the SCOOP’s 2019 recap of happenings across scholarly communication, including public domain, statute copyright, and open access.
Post

As a priority scholarly communication initiative for 2019-2020, Atla is turning its attention toward open education. To that end, the…