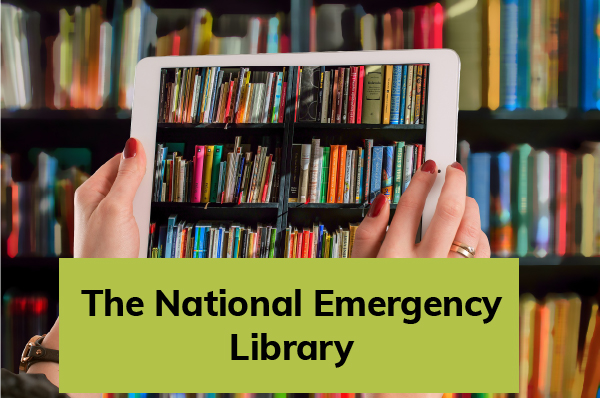 On June 1, 2020, several publishers filed suit against the Internet Archive for offering, through its National Emergency Library, digital access to books that have become otherwise unavailable to the public while schools and libraries are closed for the pandemic. Users may borrow for fourteen days any of the nearly 1.5 million books without placing their names on a waiting list. When Internet Archive announced the initiative on March 24, many, including librarians, lauded the program as an appropriate exercise of fair use, while others, namely authors and publishers, criticized the program as copyright infringement and piracy.

What is the National Emergency Library? 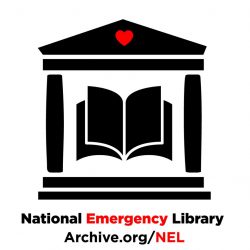 The Internet Archive (IA) launched in the mid-90s for the purpose of archiving the Internet through what is known as the “Wayback Machine.” In later years, it expanded its services as a digital library through active digitization and preservation of books as well as provision of space to libraries and other organizations to upload and make available their digitized special collections. Books digitized by IA are available to users through various channels. A large collection of public domain books is freely available to download. However, through its Open Library, IA offers account holders the ability to lend in-copyright texts as well as makes available a subset of digitized books only to persons with print disabilities.

Prior to the announcement of the National Emergency Library, books borrowed through the Open Library were available for fourteen-day check-out and subject to a “one in, one out” lending limitation similar to what a borrower would experience with any other public or academic library, meaning that there were waitlists for digital books currently checked out by other users. In response to the growing number of public, school, and academic library closures, IA announced on March 24 that it was suspending waitlists until June 30 and allowing multiple copies of digitized books to be checked out in an effort to support readers, educators, and students affected by pandemic closures. The fourteen-day lending period still applies, and users may borrow up to ten books during the emergency period.

The legal argument upon which the National Emergency Library rests its decision to suspend waitlists for borrowing its digitized books is the fair use provision of the Copyright Act. Under ordinary circumstances, the Open Library operated under a system of Controlled Digital Lending (CDL). CDL relies upon both the fair use four factor analysis and the exhaustion principle of the Copyright Act’s first sale doctrine. Under a properly implemented system of CDL, libraries may circulate a digitized title in place of each legally obtained (e.g., purchase, gift) physical copy provided there are controls in place that limit the number of users to the number of digitized copies as well as limit the lending period.

The National Emergency Library, however, has temporarily suspended the number of copy limits ordinarily required by CDL on the sole basis that under an analysis of the four factors of fair use, the Copyright Act permits, under these exigent circumstances, greater availability of copies for predominantly educational uses and for users who are arguably without other options during the brief period of emergency. In response, rights holders have claimed that the suspension of the waitlists by IA as well as systems of CDL generally constitute copyright infringement and economically harm authors. Last year, the American Association of Publishers, in a statement about CDL, contended that fair use should not apply because these systems “create direct market substitutes [that are not transformative] for publishers’ extensive licensed offerings, not only for digital copies but also for hard copies.”

Whether or not any dispositive motion in the case will be filed and judgment thereon rendered prior to the planned resumption of waitlists on June 30 remains to be seen. The outcome of the lawsuit, in any event, will have interesting implications for not only fair use law but also for the first sale doctrine as well as their application to library lending activities under CDL and similar programs.

In this month's SCOOP column, learn some ways that you and your community can stay connected with scholarly communication while staying home.
Post

This month's SCOOP offers resources on copyright and online teaching with refined guidance on the application of fair use.