Skip to main content
Close
BlogPractice What You Preach: The Multicultural Mission of the ‘Africanus Journal’
Toggle font size
Post

Practice What You Preach: The Multicultural Mission of the ‘Africanus Journal’ 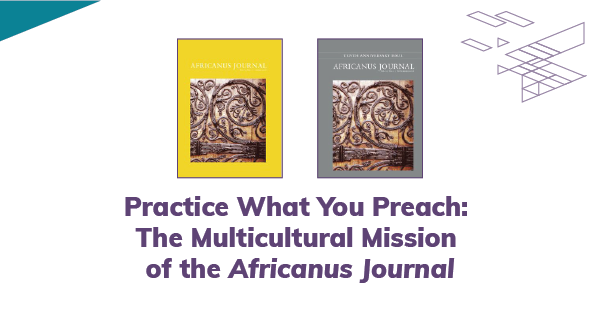 We recently spoke with Dr. Aída Besançon Spencer, Senior Faculty of New Testament, and her husband Dr. William David Spencer, Distinguished Adjunct Professor of Theology and the Arts, at Gordon-Conwell Theological Seminary about the life and work of the Africanus Journal, a journal focused on promoting multiethnic, urban-oriented academic research that is in conversation with the realities and lived experiences of the world.

Gordon-Conwell Theological Seminary has several campuses, including a Boston campus where Dr. William Spencer teaches, and a Hamilton campus, where Dr. Aída Spencer had mainly been teaching before transitioning to the Boston campus. Africanus Journal is published by the Africanus Guild at the Boston Campus of Gordon-Conwell Theological Seminary, the Campus for Urban Ministerial Education (CUME).

Read on to learn more about the launch, life, and legacy of Africanus Journal.

With a background in community organizing and social work, Dr. Aída Spencer conducted research for five years to establish the Julius Africanus Guild, a PhD support program, particularly focused to help support their underrepresented students in finishing their doctoral studies. Meanwhile, Dr. William Spencer had been developing the idea of establishing a journal for students in the program to share their scholarship in the particular urban context that he was teaching. One day, Aída said to Bill, “What about that journal you’ve always been talking about launching?”

In 2009, Africanus Journal started publication as a combined effort with the Africanus Guild. A marriage of the minds led to a marriage of initiatives between the guild and the journal.

A marriage of the minds led to a marriage of initiatives between the guild and the journal.

Bill and Aída wanted the journal to be multicultural and reflect the rich scholarly legacy of Julius Africanus, the first known Christian historian to produce a universal chronology.

In launching the publication, Bill and Aída decided to keep the scope of the Africanus Journal flexible and open. The priority set was to incorporate scholarship that would be of particular interest to their graduates, those in seminary, and those practicing ministry in urban settings. The pair wanted to establish a symbiosis between academic and practical content, making the articles easily digestible by multiple audiences and translatable across multiple disciplines. In a word, they call themselves “’tweeners.” For them, the outcome is the main purpose.

What you teach in seminaries to urban pastors needs to be able to be preached on Sunday. They’ll want to use it on the streets. Similarly, what they read in the journal must be useful to their ministries.

Bill and Aída are intentional about ensuring every article fits within the mission of Gordon-Conwell, but they do exercise the flexibility they engrained within the journal to keep the scope of scholarship open. Accompanied by a limited biannual print run, Africanus Journal is first and foremost open in its access, as a freely available digital journal.

You don’t always have this in journals, this variety of men and women of different ethnic groups.

The goal of the Africanus Journal is to contribute to a variety of biblical, historical, practical, and theological work and scholarship, creating accessible academic material for a broad audience. It fills a unique niche, representing a combination of ethnic pluralism and conservative evangelical theology.

The journal flowed out of our active ministry. It was not something we artificially constructed.

The Boston Campus of Gordon-Conwell Theological Seminary is an urban, multicultural campus, a natural selection for an open, supportive incubator for Africanus Journal. The campus community is composed of so many races, ethnicities, and denominations, that the journal really does reflect the campus.

Coming from that foundation, that makes such an enthusiastic support for the journal. We’ve had great leadership, and the school doesn’t factionalize. You have a positive spirit here, and I would say the journal reflects that.

There are other examples of journals that balance multiculturalism and multiple disciplines with their more traditionally conservative faith traditions, such as The Global Anglican (formerly known as The Churchman). Ultimately, though, Aída and Bill believe that this open, global perspective only enhances their faith, scholarship, and pastoral work.

When you’re in a multicultural environment, you see individuals as people, recognize them as human, not as minorities, or others.

Africanus is now live in AtlaSerials PLUS® (Atlas PLUS®)

Celebrating the Mission of Biblical Equality with ‘Priscilla Papers’

Join us in celebrating Women's History Month and learn about 'Priscilla Papers,' a journal devoted to gender equality through biblical interpretations.