The Power of Collaboration: Digitization in European Theological Libraries 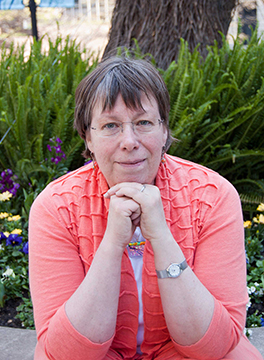 The 46th BETH General Assembly held last month in Zagreb was a lively forum chock full of interesting and useful information. The theme of this year’s event was Digitisation in European Theological Libraries. The meeting attracted the largest attendance ever at a BETH meeting — around seventy participants. Eastern European countries were particularly well represented with attendees from Croatia, Hungary, Poland, Serbia, Bosnia and Herzegovina, and Slovakia.

Presenters defined digitization broadly and covered a wide range of topics -– technical details on the physical process, theories on how to select which items to digitize, creation of portals that automatically limit a search to digital objects on a specific subject, national collaborative projects, establishing a governance structure for a university collaborative, the contents of specific digitized collections, and software focused on streamlining processing. Of most interest to me were the collaborative projects hosted at national libraries.

The digitization project of the National Library of Finland is part of the National Digital Library project, funded by the Finnish Ministry of Education and Culture, which includes materials from Finnish archives, libraries, and museums. Among their many collections is the Fragmenta Membranea Collection, which contains medieval parchments from the 10th to the 15th century. They have also digitized dissertations of the Royal Academy of Turku defended between 1642 and 1828.

The KB National Library of the Netherlands

One of the current priorities of The KB National Library of the Netherlands is the creation of a national digital library. Their Metamorfoze Programme was started in 1997 for the preservation of Dutch materials, including books, newspapers, and magazines. Some digitization has been completed through an arrangement with Google. The Memory of the Netherlands project is a collaboration of almost hundred institutions and was inspired by the Library of Congress Memory Project. Participating institutions include scholarly libraries, larger regional or local libraries, archival institutions, regional historical centers, historical documentation centers, museums and research institutes. Materials on religion are included in many of the collections, such as those from the Archives and Documentation Center of the Reformed Church, the Theological Faculty of Tilburg Library, Historical Documentation Center for Dutch Protestantism, and the Catholic Documentation Center.

National and University Library in Zagreb

The National and University Library in Zagreb has been systematically digitizing since 2005. Some of their materials in their digital collection relate to religion, including a missal from 1483. They have chosen not to do mass digitization, but instead are focused on selecting important materials for high-quality digitization. ArhivPRO, based in Croatia, worked with the National and University Library in Zagreb on the development of a platform for building a collaborative digital heritage storage system called INDIGO. One of the projects using INDIGO supports the Croatian Digital Dissertations Repository. In addition to two-dimensional objects, the system supports digitization and display of 3-D objects. INDIGO is also used by the Croatian Academy of Arts and Sciences for their digital collection. Most intriguing was ArhivPRO’s demonstration at the Academy of using a smartphone to create metadata records for scanned materials.

The metadata from selected items in the collections mentioned above are contributed to Europeana, the European equivalent of the Digital Public Library of America. ATLA’s Digital Library will become another collaborative digitization program contributing metadata to an international network of digital repositories, making access to research materials in theology and religion more accessible to scholars worldwide.

Presentations from the 46th BETH General Assembly are available on their website.