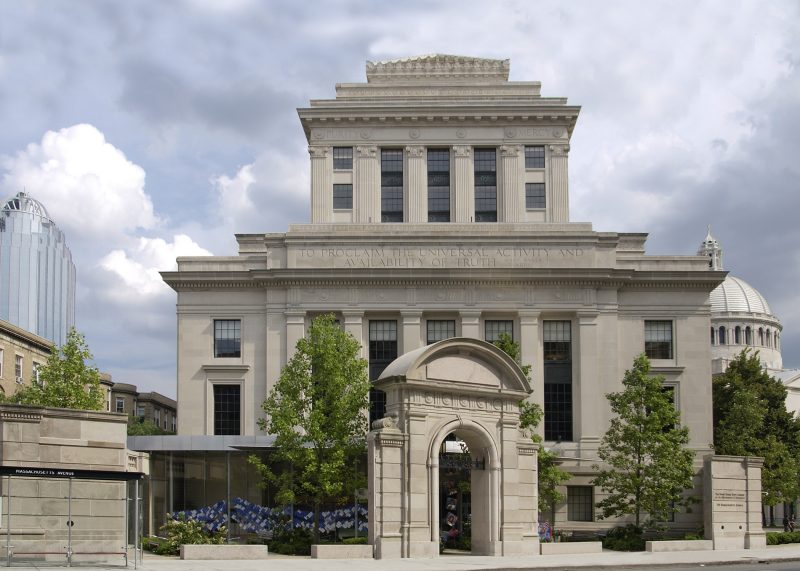 Please join us as we welcome our new institutional members who have joined in recent months. We would like to take this opportunity to help you get to know these institutions a little better. The above photo is courtesy of The Mary Baker Eddy Library, Boston, Massachusetts.

The Mary Baker Eddy Library opened in 2002 as a place to provide the public with access to and education in the life, ideas, and writings of Mary Baker Eddy (1821-1910). She was a nineteenth-century religious leader who wrote Science and Health with Key to the Scriptures, and founded the First Church of Christ, Scientist, more commonly known as Christian Science. Known for her spiritual healing practice, Eddy was also a dedicated teacher, publisher, and author.

Among its other fascinating exhibits, the Mary Baker Eddy Library is home to the Mapparium, a three-story, stained-glass globe. It was completed in 1935 and represents the global reach of The Christian Science Monitor, a daily newspaper that Eddy founded. Although originally designed to be updated as countries and borders shifted, it was decided in the 1960s to keep it as is so that visitors can see the world of 1935. The exhibit also features documents, letters, and artifacts which tell the story of the Mapparium’s history and construction.

The oldest Baptist seminary in the United States, Colgate Rochester Crozer Divinity School was founded in 1817. Originally called the Hamilton Literary and Theological Institution, it was formed by a group of thirteen Baptists with only $13 between them. When Colgate University was later founded, it became a school of the university and was renamed Colgate Theological Seminary. The seminary was, and remains, ecumenical in nature, and was lauded for its commitment to academic freedom. After a series of mergers and partnerships, including one with Dr. Martin Luther King Jr.’s alma mater, Crozer Divinity School, in 1970, the school emerged as Colgate Rochester Crozer Divinity School (CRCDS).

The Ambrose Swasey Library at CRCDS is host to a collection of more than 3,000 books onsite. In addition, students and faculty have full access to the River Campus Libraries of the University of Rochester.

Join us as we welcome and introduce our new institutional and affiliate members who have joined in recent months.
Post

Welcome to our new institutional members. Join us in learning a little bit about each of them.