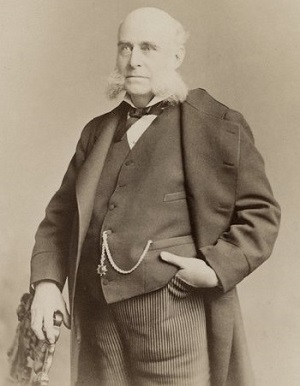 Like many of Chicago’s early prominent businesspeople, John Crerar came to that city from the Eastern United States. A partner in a railroad supply company, he arrived as a young man from his native New York in 1862. The following year he and J. McGregor Adams formed Crerar, Adams Co., which manufactured and sold railroad supplies and contractors’ materials. He was an incorporator of the Pullman Palace Car company, serving on its board until his death in 1889, and became a director of banks, railroads, and an insurance company. Active in the influential Commercial Club of Chicago, he served as a director or president of the Chicago Literary Club, the Chicago Historical Society, the YMCA, the American Sunday School Union, the Chicago Orphan Asylum, and the Presbyterian Hospital. He had a lifelong interest in books and learning and was a member and former president of the New York Mercantile Library.

Known for his quiet personal life, Crerar never married and lived in a hotel. His 1886 will bequeathed his estate — valued in today’s dollars at nearly $100 million — to friends, maternal cousins, and philanthropies. Crerar was a devout Presbyterian, and he left Chicago’s affluent Second Presbyterian Church, of which he was an elder and trustee, $100,000, another $100,000 to support the church’s mission schools, and a direct gift of $20,000 to the church’s pastor. Further major bequests went to other Chicago educational, historical, religious, literary, social service organizations, and hospitals as well as for the creation of a “colossal statue” of Abraham Lincoln by the noted sculptor Augustus St. Gaudens.

Crerar earmarked the remainder of his legacy — his largest donation, or $2,000,000 today — to establish a free public library. Although he did not specify the library’s scope, he stipulated that it “must not contain nastiness and immorality” such as “dirty French novels and all skeptical trash and works of questionable moral tone.” To honor his wish, the estate’s trustees decided that the library would be a “free public reference library of scientific and technical literature.” The John Crerar Library opened in the Marshall Field Building in 1897 and moved to its own building in downtown Chicago in 1921. The library later relocated to 33rd Street on Chicago’s South Side.

In 1984 the library was merged into the University of Chicago and moved into a new building on the university campus. The John Crerar Library now encompasses 160,836 square feet of floor space and 1.3 million volumes and is home to collections in the biological, medical, and physical sciences plus general science and the philosophy and history of science, medicine, and technology.